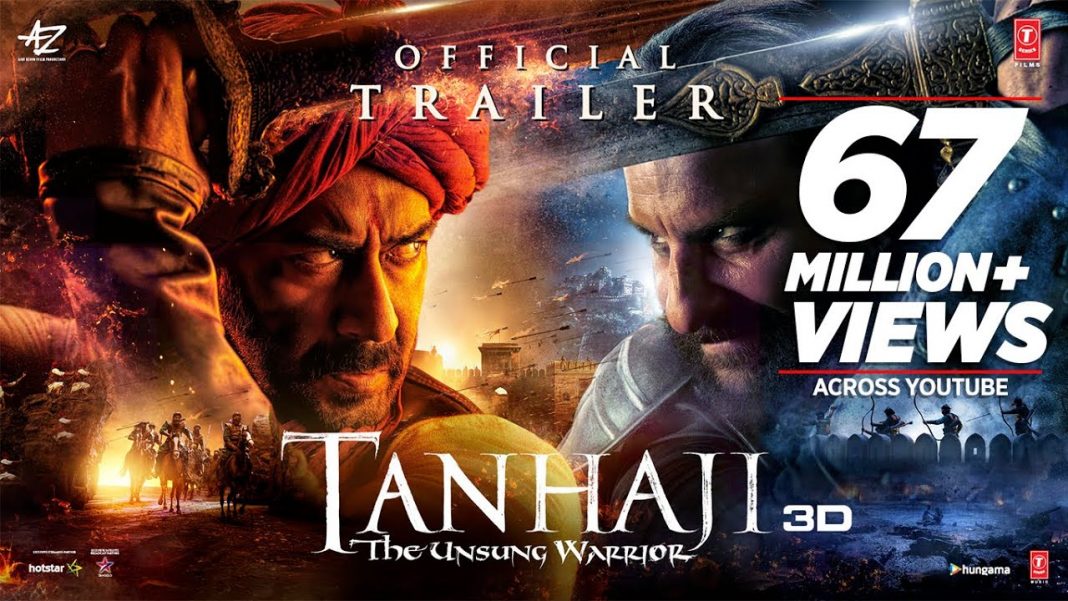 Tanhaji Movie Review: Bollywood and its love story with historical heroes have given us many movies in the recent past. While films like Padmaavat and Jodha Akbar made us feel amazed at our great and magnificent history, film experiences like the recent Panipat forced us to question the filmmaker’s motive behind making such films. Ajay Devgn and Kajol Tanhaji’s movie: The Unsung Warrior falls into the second category. Based on the life of the warrior Maratha Tanaji Malusare (stylized as Tanhaji in the movie), who was the Subedar in the army of King Maratha Chhatrapati Shivaji Maharaj, Om Raut’s directing film is an exaggerated and slow ode to the great warrior.

At the same time, Saif Ali Khan is giving a tremendous competition to Ajay with his strong performance. In front of Saif, your attention will not go to any other actor. In Udaybhan Rathore’s extremely fierce character, Saif has taken such a life that you will remember him in times to come. Saif’s heartless style and his hungry eyes make him heavy on other actors. The collision between Ajay and Saif is also worth watching. But in this too, Saif can be seen clearly overshadowing. Everything from his dialogue delivery to cynicism is praiseworthy.