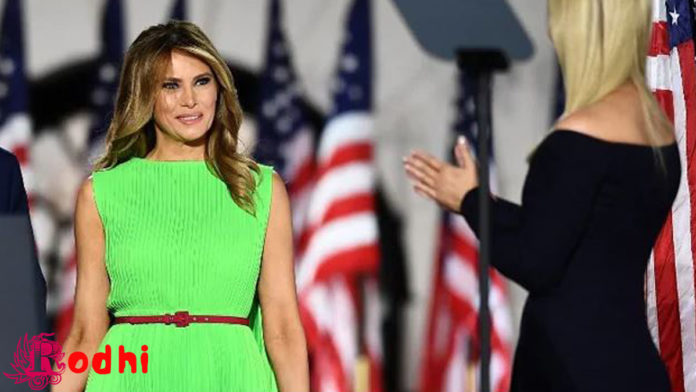 America’s First Lady Melania Trump is once again becoming viral on social media and this time also due to her expressions. On the last day of the Republican National Convention (RNC) on Thursday, his daughter Ivanka Trump with US President Donald Trump along with his wife Melania Trump and his first wife Ivana Trump – who was his advisor at the White House Also appeared. Here, Trump accepted the nomination from his party for a second term and gave an address. However, the most talked-about incident is when Melania welcomed Ivanka Trump on stage after her speech.

Ivanka Trump welcomed her father Trump to the acceptance speech on stage and Melania stood in front of Trump, passing in front of Trump. Meanwhile, Melania smiled upon seeing Ivanka. Although Ivanka’s gesture was not captured on camera, but seeing Melania, she felt that she was not happy to see Ivanka’s response. Within a second of smiling, his facial expressions changed and his face turned back serious. Discussions of these expressions are being discussed on social media. During this time a video has been shared on Twitter, which has been seen 50 million times so far.

After this video surfaced, once again there is a discussion that everything is not right between Melania Trump and her step-daughter Ivanka Trump. According to People Magazine, Melania Trump’s friend and former mentor Stephanie Winston Walkoff are releasing her memoir ‘Melania & Me’, in which she has ‘shocked’ information on the two’s relationship. It is said that in this, Stephanie Wolkoff has told how Melania Trump tried to keep Ivanka Trump away from the photo session at the 2016 Trump’s swearing-in ceremony. At the same time, it has also been made claims that Ivanka Trump and her husband Jared Kushner tried to suppress and control Melania Trump.