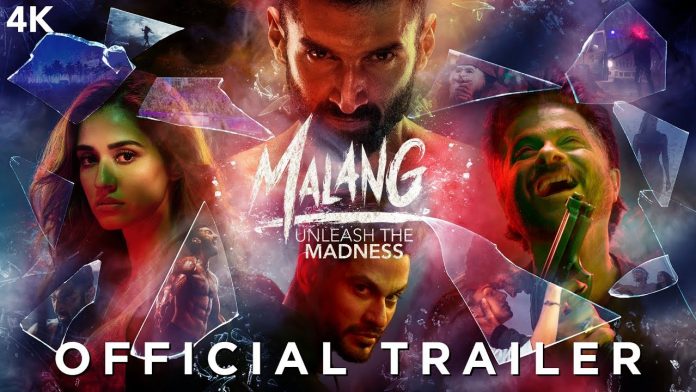 Malang Movie Review: This story is Advait Thakur (Aditya Roy Kapur), who has become thirsty for the blood of policemen across the city after losing his love Sara (Disha Patni). Advaita sets out on a manhunt on the night of 24 December and before his first murder, calls Inspector Agashe (Anil Kapoor) and tells him that he has to report a murder. After the death of a policeman, Aakash and Special Branch Officer Michael Rodriguez (Kunal Khemu) start searching for the murderer.

Aditya Roy Kapur’s work in the role of Advait Thakur is fine. Advaita is a stray, runaway boy who gives heart to a stranger girl and is now burning in the fire of revenge. Aditya has done a good job as a boy living in the present. However, in the film Kalank, he did not show as well as he did in Malang. (malang movie review) More

The story- of the film follows Advait and Sara in Goa. Both are attracted towards each other at the first sight and share their dreams, their plans with each other. Sara has come to India from London and is a girl of independent opinion, who wants to do everything in life that she used to scare. The two get very close, spending time with each other. Everything is going well, when suddenly one day in their life such an event happens, which devastates everyone.

The story goes on for five years where Advait commits three murders one after the other on Christmas night and also informs police officer Anjani Agashe about these incidents. Who is a corrupt police officer. At the same time, Michael is also working on this case, who wants to reach the killer anyway. Anjani and Michael work together on this mission. But slowly one layer after another is revealed and what is the story behind this vengeance of Advaita!