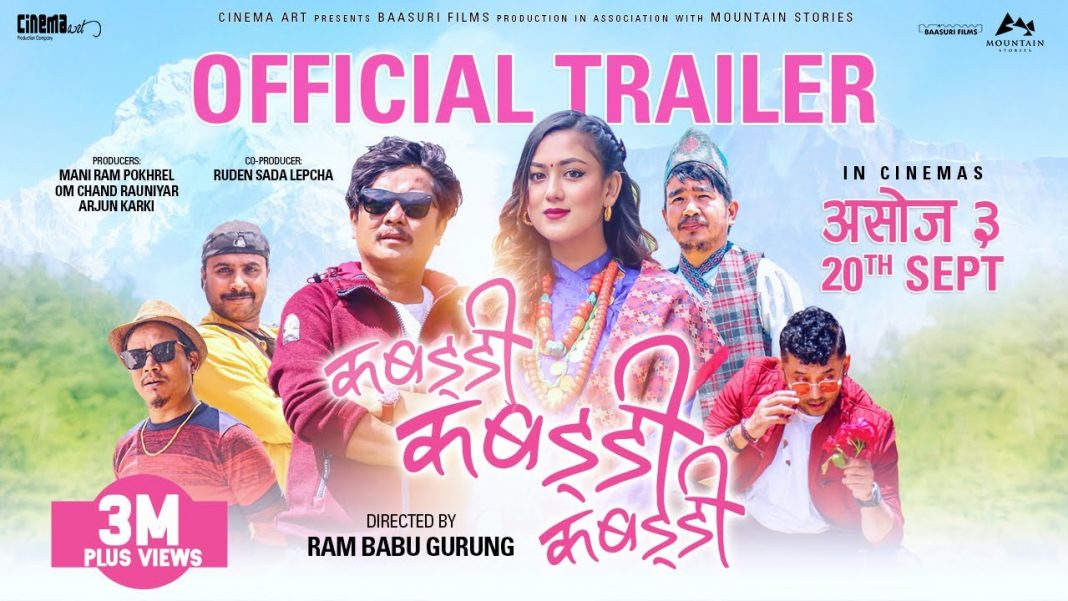 Kabaddi Kabaddi Kabaddi Movie Review: The film uses small incidents to make the audience laugh. For example, when his father (Puskar Gurung) yells at our hero, Bir Kaji (Daya Hang Rai), saying that “he can’t even break a stick” [Nepalis idiomically refers to people’s failure to do something useful to his failure to break a stick], the hero brings a stick and breaks it immediately. In fact, the entire characterization of Bir Kaji is comical. Just take a look at his “principle” about love and marriage and how he reacts when the heroine (Upasana Singh Thakuri) embraces him for the first time.

But then again, a decent, healthy comedy isn’t enough for a comedy movie to be desirable. It requires a heartwarming storyline that effectively connects all incidents in one sequence and makes all jokes make sense. Kabaddi Kabaddi Kabaddi has such a story, but it is neither original nor creative. (Kabaddi Kabaddi Kabaddi movie review) more