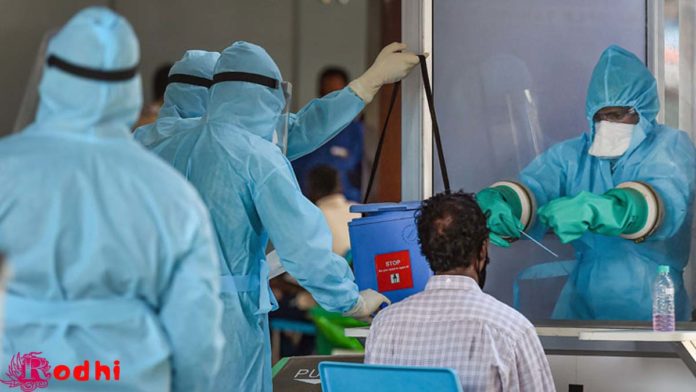 Corona virus Nepal: The Ministry of Health and Population has come to the conclusion that if the number of active infected people in Nepal exceeds 25,000, the country’s health system will not be able to cope. This has been indicated in the regular press briefing held by the Ministry three days ago. When Dashain, Tihar and Chhath come to the fore, there are many fears that it will become uncomfortable again due to the epidemic.

Many are interested in whether the Dashain-Tihar will be closed again at this time. But the answer lies in the same limit of 25,000, said the ministry’s co-spokesperson. Sameer Kumar Adhikari said. The recovery rate from the infection has remained above 70 percent for some time.

Half of the daily infections are in the Kathmandu Valley. Apart from the valley, the number of active infected people is high in Morang, Siraha, Chitwan and Rupandehi.

In recent days, an average of 10,000 PCR tests have been performed daily. Compared to the number of samples tested in the past, the number of infected people now seems to have increased. However, the government claims that the main problem at this time is not following the health standards other than testing.

Co-spokesperson Adhikari says, The influx of people has increased a lot. But they have not complied with the 14-day quarantine criteria. That seems to be the root of the problem now. However, some experts believe that the lack of quarantine is a problem due to the complexity of the test. Public health expert Dr. Baburam Marasini argues that the fact that the test money is still expensive is related to the rest of the problem. (corona virus Nepal)

Due to that, the government has the capacity to conduct more than 23,000 tests daily in Nepal, but only half of them have PCR. If there was an arrangement to test cheaply and easily, it could be made mandatory before every trip or public event. It is still more expensive than Nepali status, said Dr. Marasini says. If the government wants, the current maximum cost of the test, which is Rs 2,000, can be reduced by more than half.

Dig into the Details of IGTV