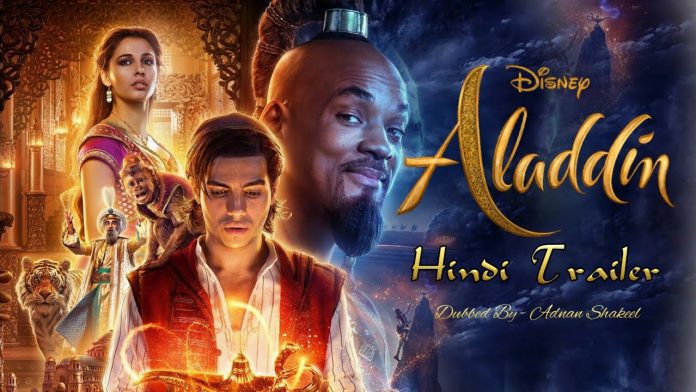 Aladdin movie review: A whelp destined to Mufasa (James Earl Jones), the ruler of Pride Lands in the African savanna, is introduced to the world. As the assembled creatures celebrate, the delight isn’t shared by Scar (Chiwetel Ejiofor), Mufasa’s sibling who consistently thought of himself as the illustrious beneficiary. A situation sees Mufasa cleverly executed by Scar and youthful Simba (JD McCrary) compelled to flee. All is by all accounts over for the lost offspring, till he meets a lot of far-fetched companions, Timon (Billy Eichner), a wisecracking meerkat and Pumbaa (Seth Rogen) a sort hearted basic warthog experiencing tooting.

The new telling brings little that feels essential, and the missing elements-chiefly, the controlled chaos and unbridled comedy of the late Robin Williams’ vocal performance-have given the film’s candy-colored visual palate a homesick pall. more

The story of Aladdin and Jini has been known for centuries. Earlier Disney also made an animated series on it which was well liked. Masood and Scott’s new pair brings freshness in this film. The chemistry on both screens is amazing. The film’s biggest surprise package and strong side is the presence of Will Smith as Genie. Will Smith is very good in the role of Genie. The film’s main villain Zafar’s role has also been well created.

However, the direction of the film seems somewhat lousy at times. The song and dance sequence of the film seem to be forcibly inserted into the film which could have been avoided. The film has become a bit too long and in 2 hours and 8 minutes it seems to be stretching. Probably this has happened in developing all the characters but it seems that the director has finished the film in a hurry. Children born in the 90s. Who have seen the cartoon version of Aladdin may not find Aladdin and Jasmine very good in the film. Yet overall, Aladdin’s story is so magical that it pulls you towards him.